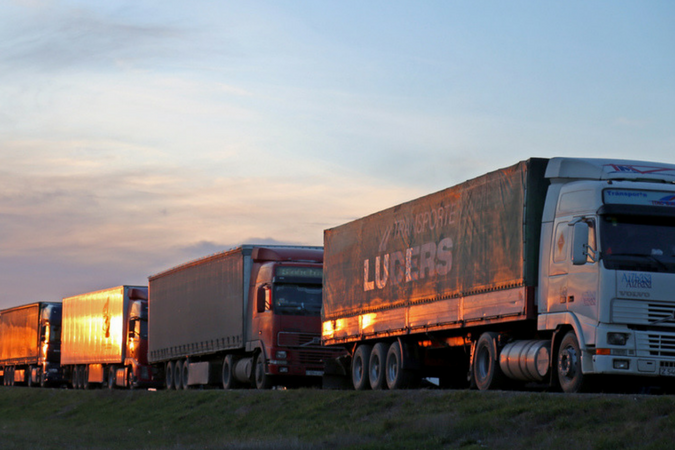 Europe is on a mission. Its goal: to eradicate emissions from road transport by 2050. Indeed, all EU member states have already agreed to reduce their total greenhouse emissions 40% by 2030 compared to 1990 levels.

It’s easy to see why – transport CO2 emissions across Europe have risen by 29% since 1990. That means vehicle exhausts are responsible for pumping out around a quarter of the EU’s total emissions, making the transport sector the second-biggest ‘contributor’ after energy.

All of which points to new regulations and rules, new standards, and new penalties for non-compliance. First in the firing line are passenger cars, light commercial vehicles (vans), and heavy duty vehicles (trucks):

The targets being set for vans

As for vans – or ‘light commercial vehicles’ – (which account for around 12% of the EU market for light duty vehicles), the 2020 legislation builds on those introduced in 2017. Then the set target was an average of 175g/km of CO2, which to be fair has been easily met by manufacturers – with new vehicles already averaging 163.8g/km.

As for the types of vans involved, the legislation affects all light commercial vehicles – which in effect relates to those used to carry goods weighing up to 3.5 tons, and which weigh less than 2610kg when empty.

As to the ‘why’ behind the legislation coming into force in 2020, it’s been designed to create a number of pretty substantial benefits that include the avoidance of around 420 million tons of CO2 emissions in the period to 2030.

To give these numbers some context, it’s worth noting that transport in Europe is 94% dependent on oil, 84% of which is imported – costing up to €1 billion each and every day.

Legislation that even extends to fuel

Another area worth noting is EU legislation around fuel quality. The Fuel Quality Directive requires a 6% reduction of the ‘greenhouse intensity’ of fuels used in vehicles by 2020.

Covering all petrol, diesel, and biofuels used in road transport, the Directive is also aimed at reducing air pollution – and will govern other elements of fuel quality linked to air pollutant emissions.

Not that the legislation stops there. Even stricter targets for will apply from 2030, with average CO2 emissions of the EU fleet of vehicles needing to be 30% lower than in 2021. The midway point, 2025 will bring with it a midway target: 15% lower than 2021.

The impact of legislation on business

At first sight, the legislation set for 2020 will have a minor effect on European businesses. It’s the vehicle manufacturers after all who will pay the penalties for non-compliance.

There’s also good news for the longer term with the anticipated emergence of more fuel-efficient passenger cars and vans.

The potentially negative aspect of the legislation is that it offers nations and metropolitan authorities a definitive target by which to set their own emissions policy. Larger cities have already begun introducing emissions surcharges, and the introduction of the 95g/km number will give them confidence to set even more ambitious targets.

This in turn will only serve to increase the cost of running older vehicles, and help accelerate the need for continued fleet investment.

Support for meeting the objectives

At Thermo King, we help you look at the entire transport operation to determine and limit emissions – which of course also includes the temperature control unit that keeps your vehicle’s load fresh.

Read more about our sustainable solutions.