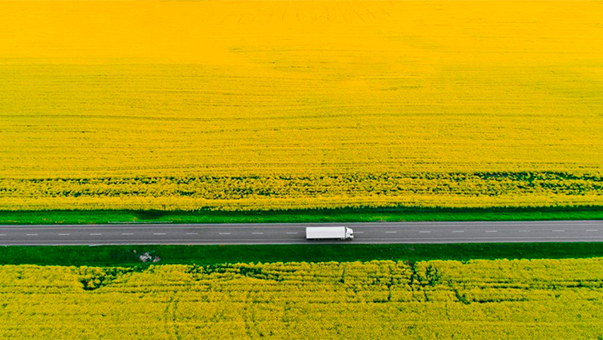 The 100% natural biofuel can be used to power truck and trailer refrigeration units.

We are pleased to announce that all our truck and trailer units are compatible with a renewable biofuel: HVO Diesel. “The biggest advantage of HVO Diesel? It reduces the amount of CO2 emitted into the air by 90%,” knows Michel Poinsignon, Product Manager at Thermo King.

HVO Diesel (or Hydrotreated Vegetable Oil Diesel) is a second-generation biodiesel. It follows 1st generation of less successful biofuels that were tested between 2000 and 2005 – the so-called FAME biofuels.

The disadvantages of FAME were twofold:

“The developers of HVO Diesel solved these problems and developed a fuel that’s in accordance with the EN 15940 standards. Unsurprisingly, the significant benefits brought by this second generation of biofuels have enabled them to quickly acquire a very favorable reputation, the concerns of the 1st generation are only a bad memory.”

HVO Diesel as a sustainable solution

“Aside from overcoming the challenges of 1st generation biofuels, HVO Diesel offers many new benefits.”

HVO Diesel is now widely available in the Northern part of Europe. It can be sourced in Ireland, Germany, Scandinavia, England, Belgium, and The Netherlands.

“But that’s not a problem for cross-country traffic,” adds Michel Poinsignon. “You see, you can mix HVO Diesel with regular fuel.”

“Whenever you transport your freight between – let’s say Spain and Norway – you can temporarily refuel your unit with regular diesel, until you’re able to refuel with HVO fuel to keep your GHG emissions as low as possible.”

HVO Diesel is a fairly new technology that will soon have a huge impact on your refrigerated operations. Contact your dealer if you have any questions.